If you haven’t heard of Stranger Things before all I can say is, where have you been?! But fear not, it is never too late to start watching, especially with the beauty of Netflix, so here are just a few reasons why this is literally one of the best TV shows made in the last decade:

1. It is a complete homage to everything that was good about the 80s.

If you were a child or teenager of the 80s then this is definitely the show for you. Incorporating a style not dissimilar to The Goonies, this show has all of the heart-warming essence that we loved in movies like E.T, yet also all of the frightening elements of a Stephen King novel (whom the directors, The Duffer Brothers, are apparently a huge fan of). 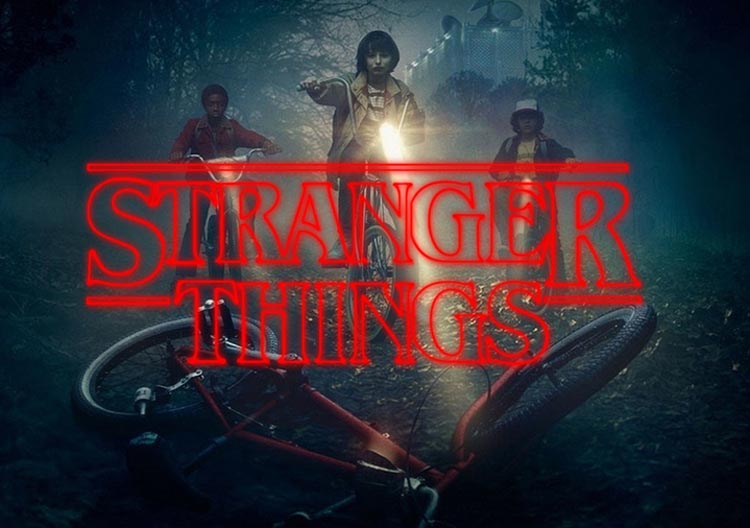 2. The title credits are amazingly old-school.

I don’t know about you but when I first saw the Stranger Things poster and it’s opening credits I was reminded very much of the ‘Lucasfilm’ logo (from a little known franchise called Star Wars…). No wonder it was an intant hit. It appears that the Duffer Brothers know exactly how to get people’s attention from the get-go and the red light fade-in letters, along with a lovably synthesised 80s theme song make it impossible not to get excited.

3. It has the best soundtrack.

Curated by the show’s musical scorers Kyle Dixon and Michael Stein, the Stranger Things soundtrack is a work of 80s genius, headed up with iconic hit ‘Should I Stay or Should I Go’ by The Clash. 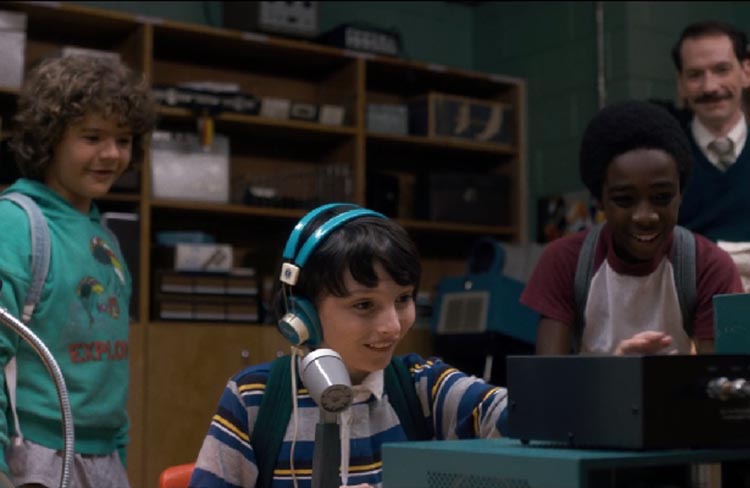 4. The kid actors are incredible.

I’m not always a fan of a kid actor unless they are really convincing but all 4 of these guys knock it out of the park and are actually one of the best things about the entire show. 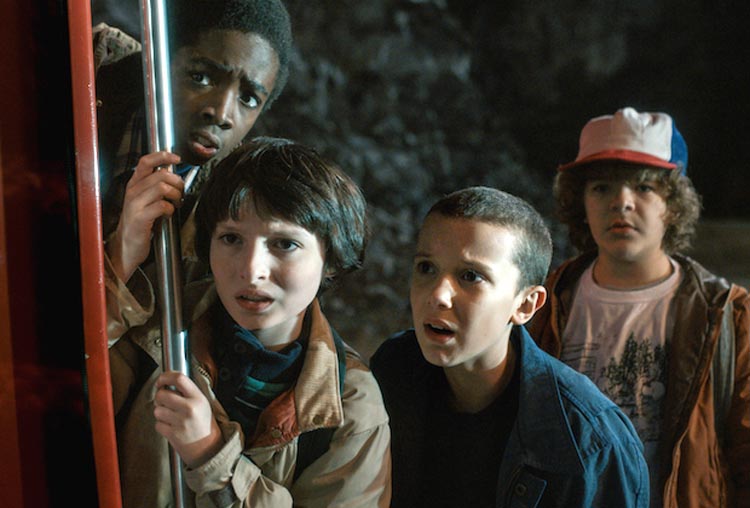 I mean, come on, his missing teeth and squeaky voice are just adorable. 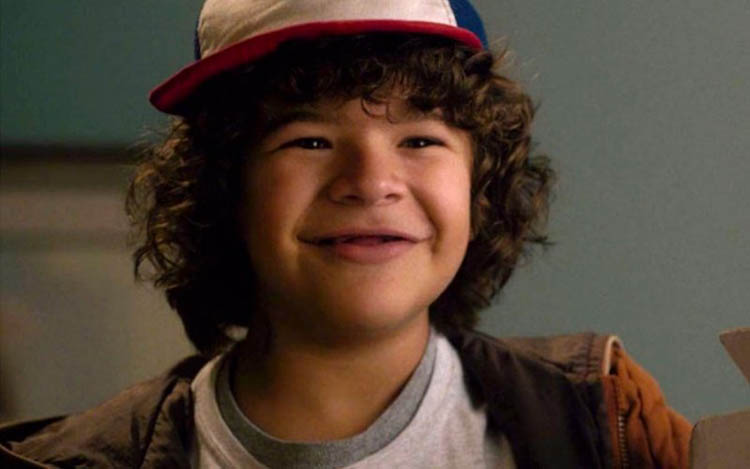 6. Eleven has become and icon in her own right.

We’re pretty sure you must have seen a fair few people out this Halloween wearing buzz-cut Eleven wigs and painted-on nose blood. Aside from this, the Eleven actress Millie Bobby Brown has become a YouTube sensation not only because she is so cool and stylish but also because she is an amazing singer (and rapper!). 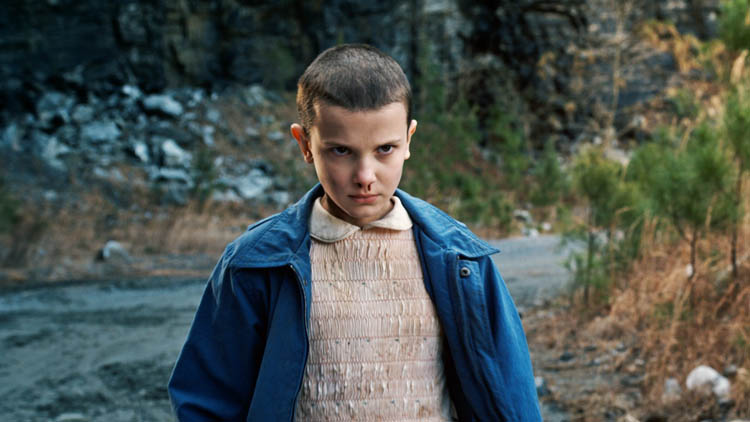 7. Winona Ryder is back.

What better way to resurrect the 80s than to bring back one of its biggest stars? Winona Ryder hasn’t lost it either and has us all completely transfixed from the word go as mother of missing boy, Will Byers. 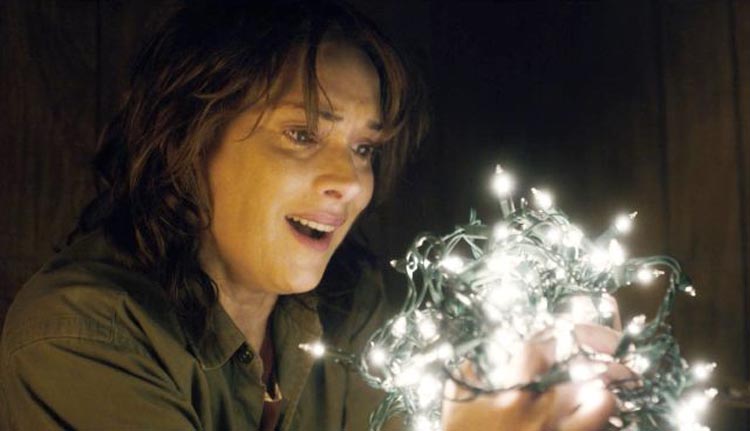 Every 80s-inspired hit needs a handsome, pensive police officer hiding a dark secret. And for this the Duffer Brothers couldn’t have picked a better actor than David Harbour, whom you might recognise from bit-parts in various shows and movies over the years but this is definitely his biggest role to date. 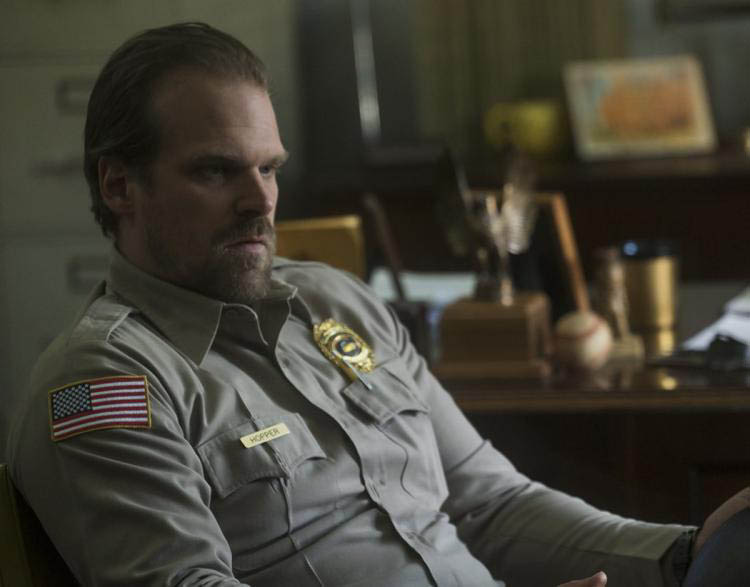 Ok so this isn’t exactly what everyone wants to see but even I have to admit there is something to be said for a ‘will-they/won’t they?’ plot line. In this instance it occurs between Nancy Wheeler (played by Natalia Dyer) and older brother of missing boy, Jonathon Byers (played by Charlie Heaton), whilst attempting to catch monsters from another dimension, of course. 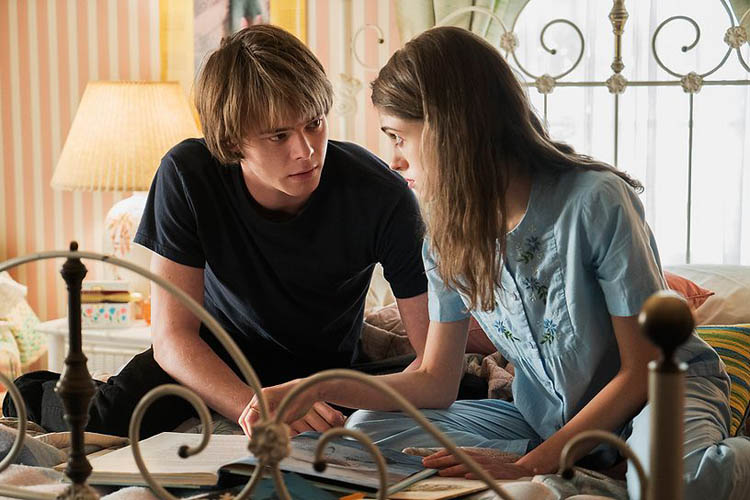 And we don’t just mean a little jumpy, we’re talking genuine nightmare-enduing stuff here but in the loveable kind of 80s way that keeps you watching, despite worrying how you’re going to get to sleep that night. 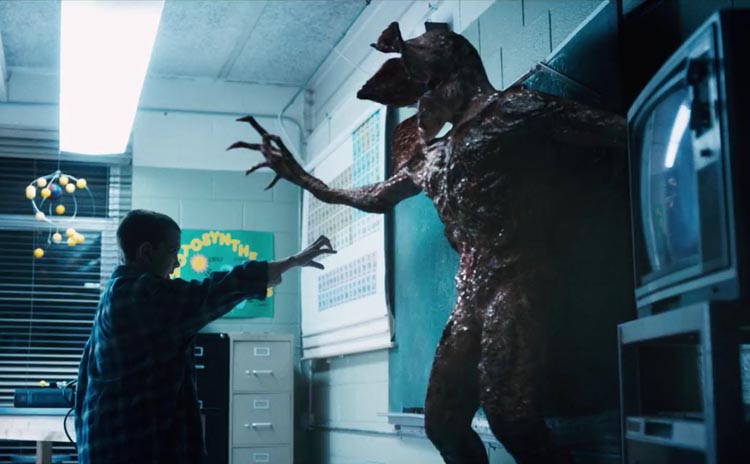