It’s Wimbledon week in the UK which means many things – the best tennis players in the world descending on London for the world’s greatest tournament, the nation consuming our weight in strawberries and cream, and of course everyone keeping a watchful eye on the weather. It also means that some of the world’s biggest stars come out to soak up the South London sun and take in a bit of tennis. Over the years there have been some great Wimbledon celebrity sightings in SW19, and here are 10 of the very best.

Pippa Middleton shot to fame at the wedding of her sister Kate to Prince William in 2011, not least due to a strange national fascination with her posterior. Here’s Pippa in 2013 attending a match at Wimbledon, something that like many of the upper-class she does most years. If you want to spot a celeb with royal connections, then Wimbledon is probably the best place to do it – if there’s a big match on or Andy Murray reaches the latter stages it’s likely you’ll see royalty. As for the Duchess of Cambridge’s fun loving sister, she’s a fixture. 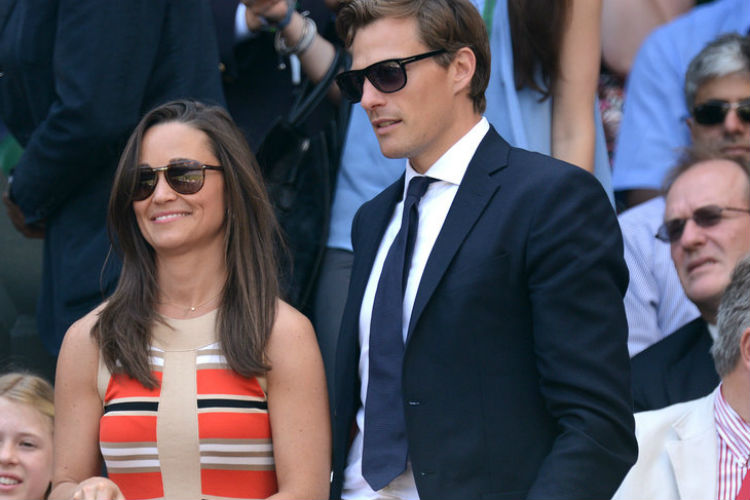 Bradley and pal Gerard came to watch Andy Murray win the 2013 final – with the TV cameras seeming to linger on the pair of Hollywood stars for longer than it spent on the eventual champions. Here Brad, one of Tinseltown’s hottest properties, takes in the final with Butler, whose fetching blue suit drew attention to the 300 star. Bradley has also attended Wimbledon with model and one time belle Suki Waterhouse, as the Silver Linings Playbook star appears to relish his stays in London. 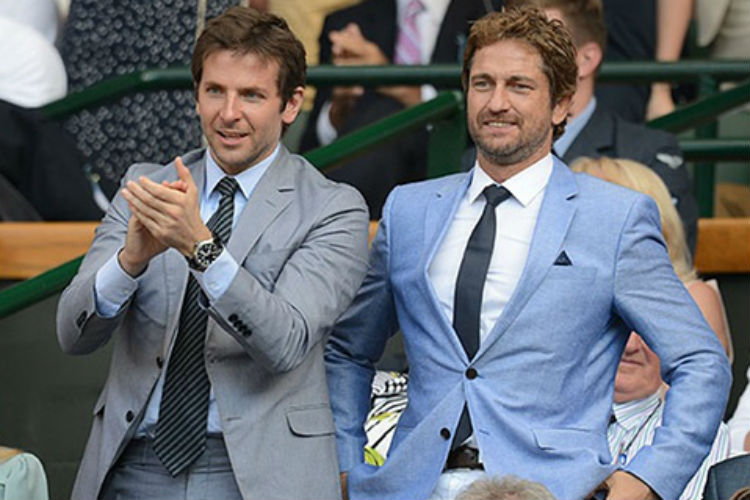 Jude Law often plays a sophisticated English gentleman, and where else would an English gent be in the last week of June or the first of July but at Wimbledon? Here’s Jude appearing extremely thoughtful as he watches Andy Murray win in the 2013 final – with Gerard Butler and Bradley Cooper also in attendance it was a day when British royalty was matched by the Hollywood type. It wouldn’t be a surprise then if we one day saw one of these chaps playing Andy Murray in the inevitable film about his Wimbledon triumph. 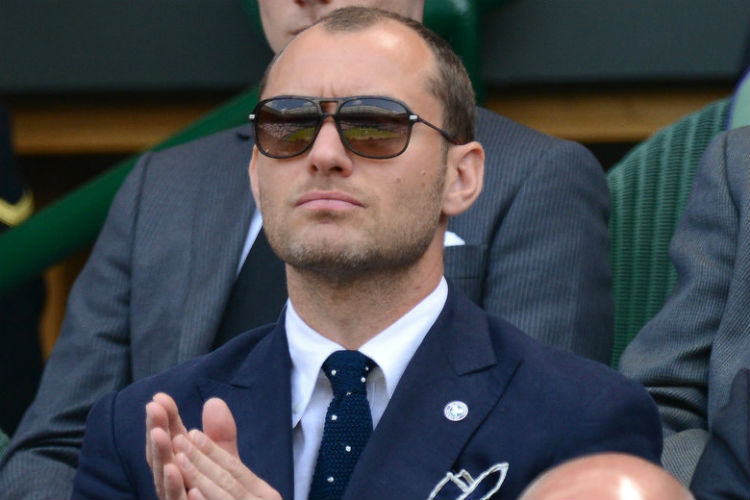 Tom Hiddlestone has been declared one of the sexiest men alive, but appears slightly bored here when watching the tennis. Perhaps that’s because Tom, who always seems to play the villain, was hatching a plot to bring about world domination, although it’s more likely that there was a lull in play which allowed the actor to have a little relax. Even if the tennis left him unexcited though, there was still plenty of Pimm’s and strawberries to get him going off the court. 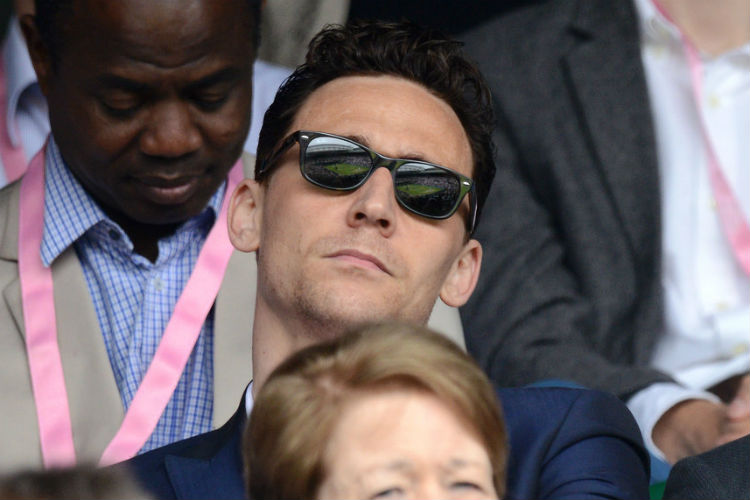 Big man Shaquille O’Neal stands at an incredible seven foot one inches tall, meaning that he’d tower over even the tallest Wimbledon competitors. That height made him one of the greatest basketball players of all time, but it appears that he also takes a real interest in the tennis and had a great time at Wimbledon. Alas his compatriot LeBron James is yet to be seen in SW19, but with the tournament coming just after the end of the basketball season when many NBA stars are on holiday, it surely can only be a matter of time. 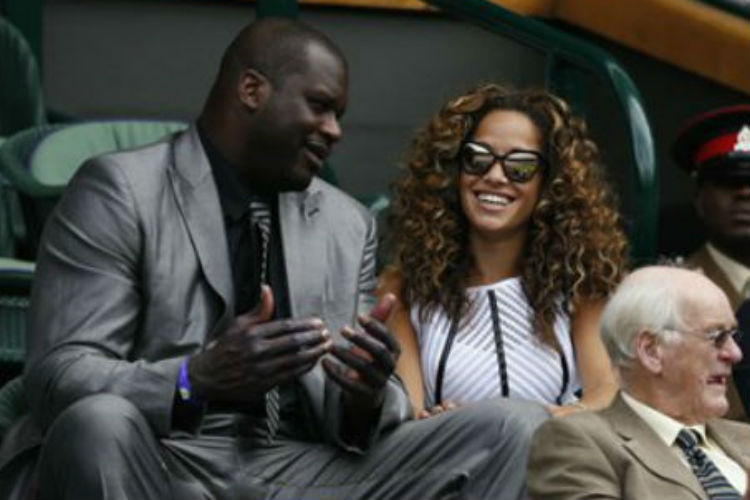 One of the benefits of being in one of the world’s biggest boybands is that you get to live out every male fantasy. That includes sport – while bandmate Louis Tomlinson used his fame to get a run-out with boyhood football club Doncaster Rovers, the other 1D boys appear to want to take in the tennis.  One hopes that they enjoyed the sun striking the beautiful pristine courts, and the contrast between the blue skies and green with which everything at Wimbledon is coloured, because after all, that’s what makes it beautiful. 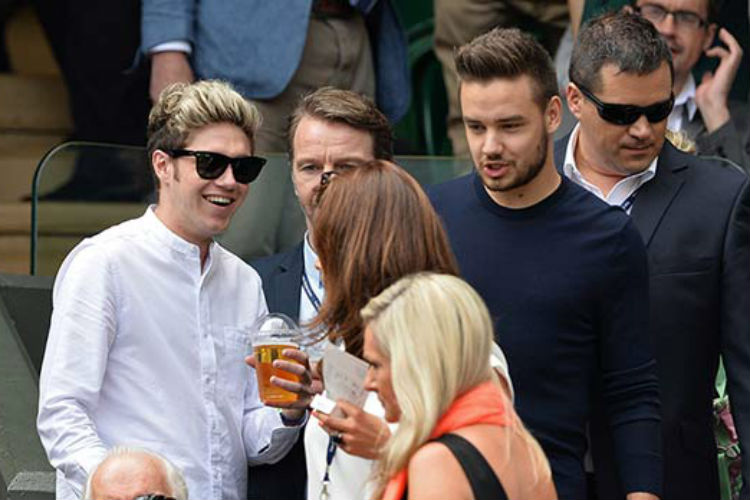 Chris Hemsworth became the latest Hollywood star to visit Wimbledon in 2014, when he attended SW19. Sadly for Chris, who is Australian, his compatriots have endured a rather lean spell in recent years as the likes of Lleyton Hewitt have wound down their careers and the likes of Pat Rafter and Mark Philippoussis, who made the final have long retired. With exciting young players like Nick Kyrgios and Bernard Tomic coming through though, it may not be too long until Chris has an Aussie in the final to support. 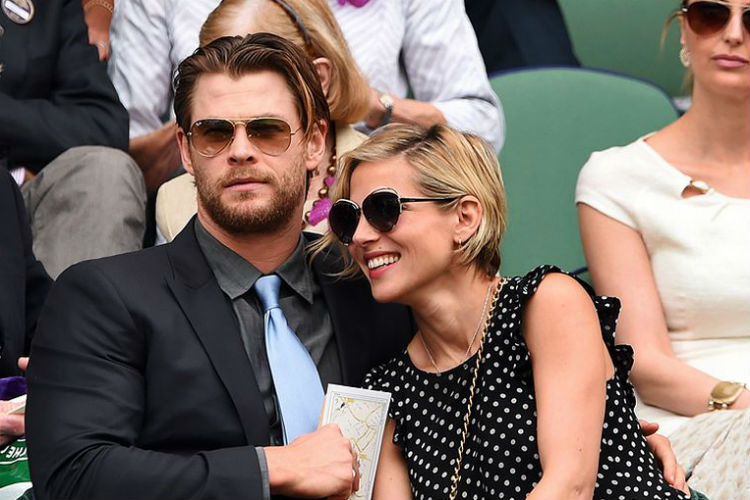 In 2010, two of the greatest batsmen to ever play cricket graced the Wimbledon arena. Lara, who holds the wold record for runs in a Test match was regarded as possibly the most exciting player of his generation, while Tendulkar is revered in India and is regarded as perhaps the better overall run scorer. As a result, for a day that year, Wimbledon became a Mecca for cricket fans as well as tennis ones as two of the game’s greatest had a quick natter while watching the tennis. 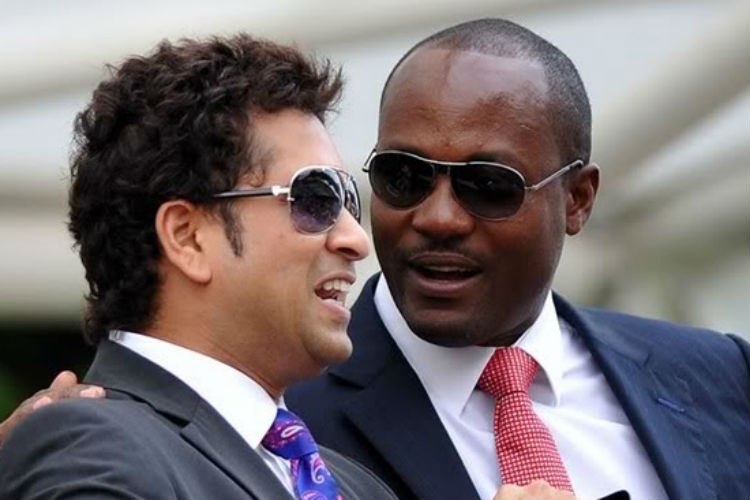 David Beckham has attended Wimbledon a few times – and is often seen with wife Victoria enjoying an afternoon out at the tennis. This though is perhaps a better celebrity sighting, as it is an amazing sight for Manchester United and England fans, as two of their most legendary players share a few words at the tennis. While David’s exploits will be well known to the younger generation, Charlton’s were greater – as he won the World Cup with England in 1966, scoring the winner in the semi-final, and won the European Cup with United in 1968. He’s also England’s record goal scorer, with 49. 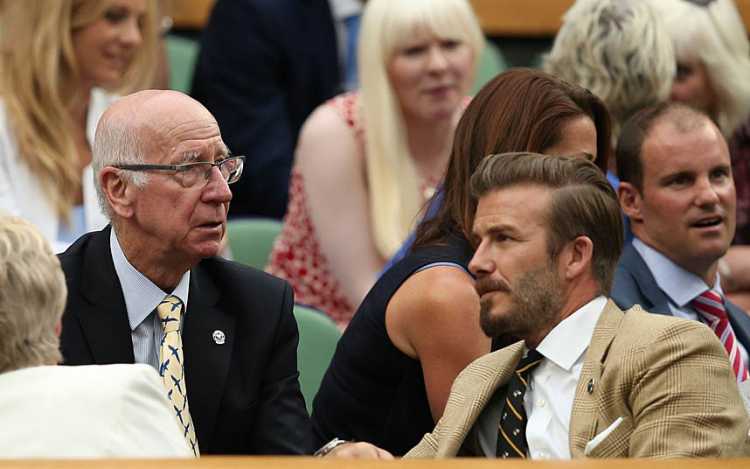 Anyone who saw this ridiculous spectacle in 1996 will be thankful that Wimbledon built a roof to keep the rain out. That year constant rain threatened to ruin The Championships until one man and his tan decided to save the day. That man was Cliff Richard and he decided to give the entire Wimbledon crowd an impromptu rendition of his repertoire dressed in a checkered suit. The whole thing looked like it belonged on a cruise ship rather than at an international sporting event, and so thankfully due to the roof we’ll be spared the likes of Gary Barlow trying the same trick almost 20 years on. 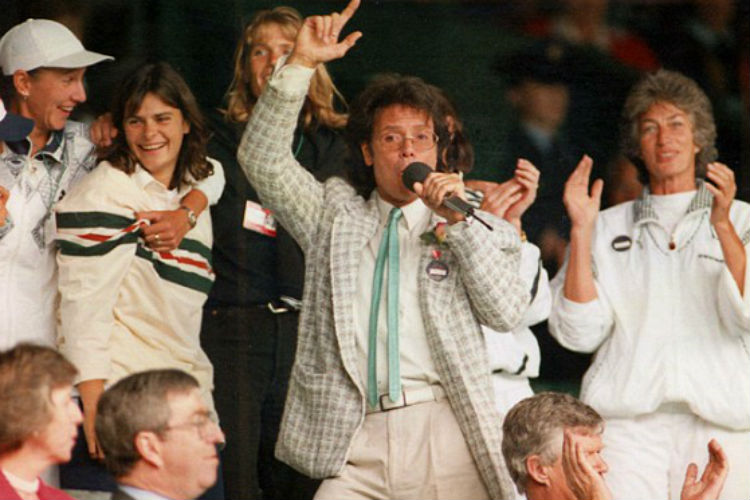