With Fifty Shades Darker about to hit the big screen on February 10th 2017, we thought it high time to take a closer look at its unsung hero, Dakota Johnson. It’s sometimes easy to overlook Dakota, especially with the thousands of Fifty Shades fans swooning over Jamie Dornan, but from closer examination it looks as though she is not an actress we should underestimate. Here are just a few facts about her you might not know…

1. Her father is actor, Don Johnson.

Dakota definitely grew up as a child of Hollywood, especially seeing as her father was none other than Don Johnson, a.k.a James “Sonny” Crockett in 80s hit TV show Miami Vice. 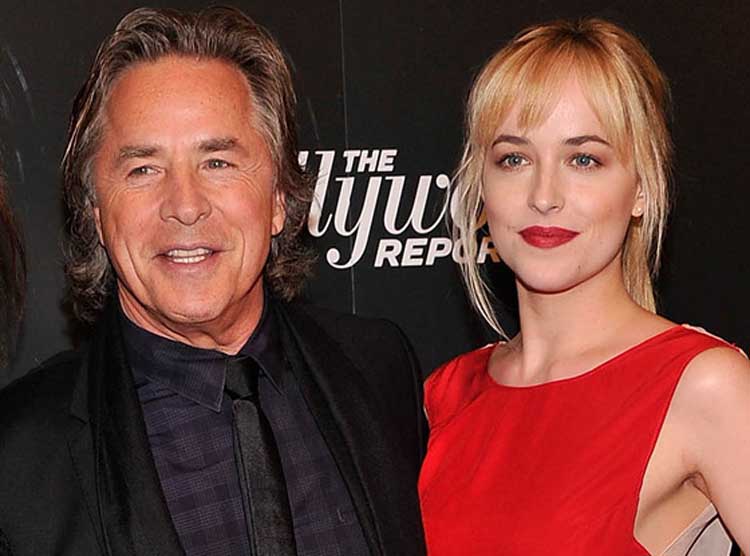 2. Her mother is actress, Melanie Griffith.

Whilst many know that Dakota’s mother is famed actress Melanie Griffith, it is a lesser-known fact that she actually started dating Don Johnson at age 14 when he was 22 and starring alongside her mother in a movie. We’re not quite sure about what to say about that really. Nonetheless they had Dakota years later when Melanie was 32. 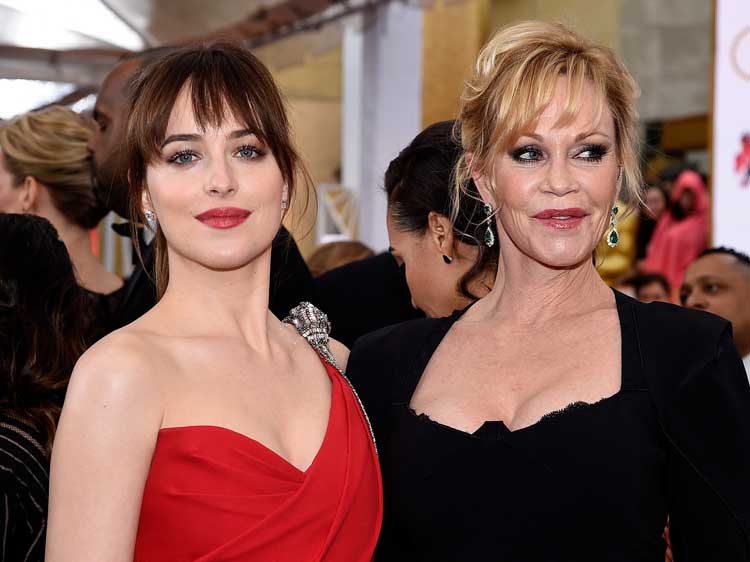 3. And her grandmother is classic Hollywood actress, Tippi Hedren.

We’re guessing that Dakota has been brought up with a wealth of insider Hollywood knowledge thanks to her legendary grandmother Tippi Hedren, who was one of Alfred Hitchcock’s most famous muses. 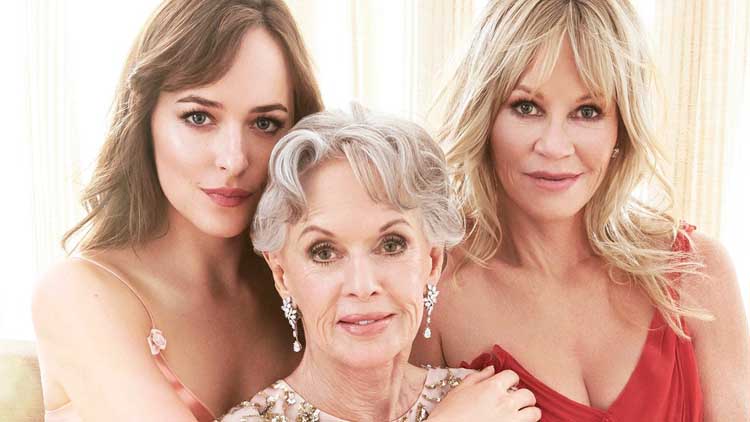 Like her mother Melanie before her (who was presented with the award at age 18), Dakota was selected to be ‘Miss Golden Globe 2006’ by the Hollywood Foreign Press at the tender age of 17. 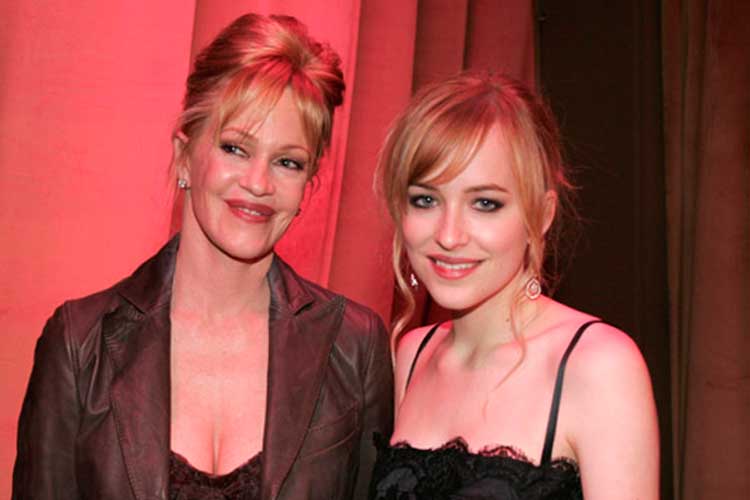 5. She was signed with model agency IMG.

As her career started to gain momentum, Dakota made a lucrative living as a model and even starred in a Mango Jeans Campaign in 2009. 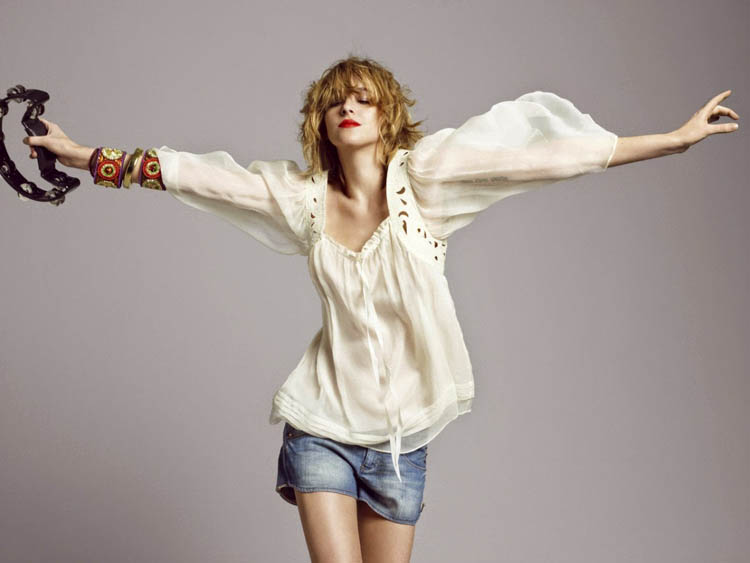 6. She starred in The Social Network.

Yes, that’s right, Dakota was the cute Stanford student Amy, who Justin Timberlake’s character Sean Parker spends the night with in The Social Network, only to find out about ‘The Facebook’ on her laptop the next morning. 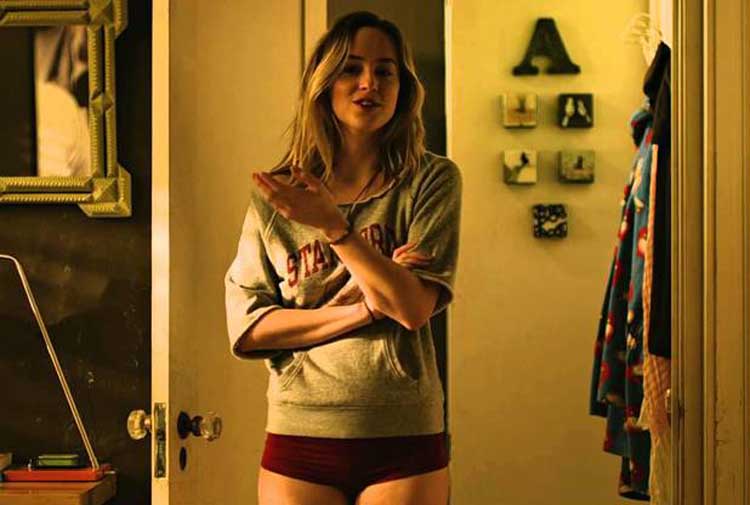 Whilst it didn’t quite work out for Dakota starring in Girls, it actually paid off for her to audition because producer Judd Apatow remembered her and recommended her for the part of Audrey in The Five-Year Engagement. 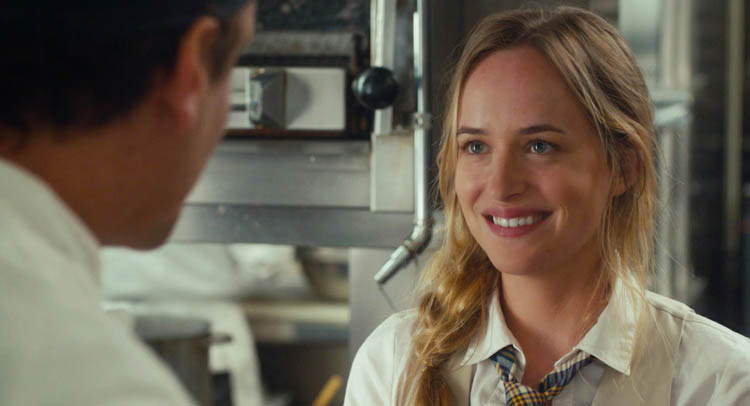 These two probably bonded over a mutually glorified childhood growing up in the public eye. However, I have to hand it to them, they both seem to have remained pretty grounded compared to some others born in to the Hollywood stratosphere. 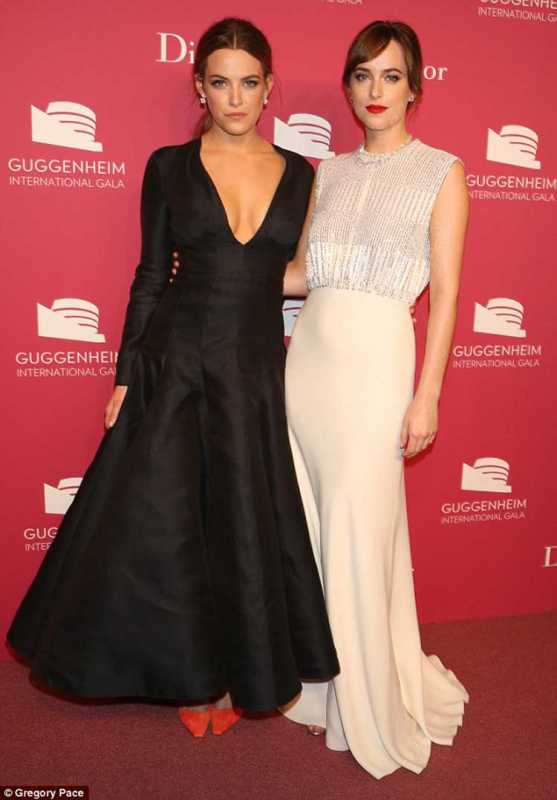 9. She stole some ‘props’ from Fifty Shades set.

Apparently Dakota wanted to remember the experience of playing Anastasia Steele so much that she decided to steal a ‘flogger’ from the movie’s set. Goodness knows what that is… 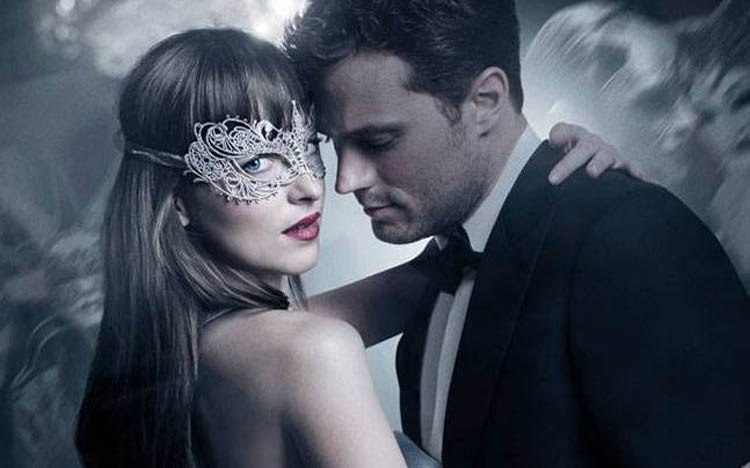 10. She can now proudly count herself as one of the celebrity ‘A List’ crowd.

Although we’re not 100% sure if Dakota is officially part of Taylor Swift’s ‘squad’ yet she is definitely heading in the right direction, also counting Cara Delevingne as one of her best buds. 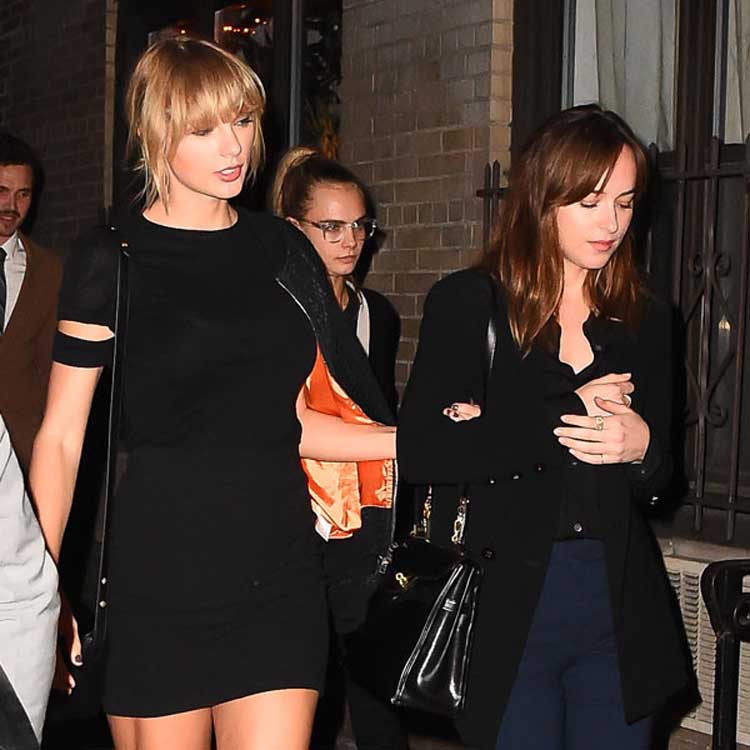