It’s a very true fact that no matter how big their entourage or army of stylists, there is never going to be a full proof way to protect celebrities from the wind. And we would definitely feel sorry for them if we weren’t so busy chuckling to ourselves about the unfortunate situations they’ve found themselves in…

Poor old Kate Middleton. Despite the rumours of her having weights in her dress to stop it flying up and threatening her dignity, it wasn’t enough to save her when she arrived at Calgary Airport on hers and William’s official visit to Canada in July 2011. 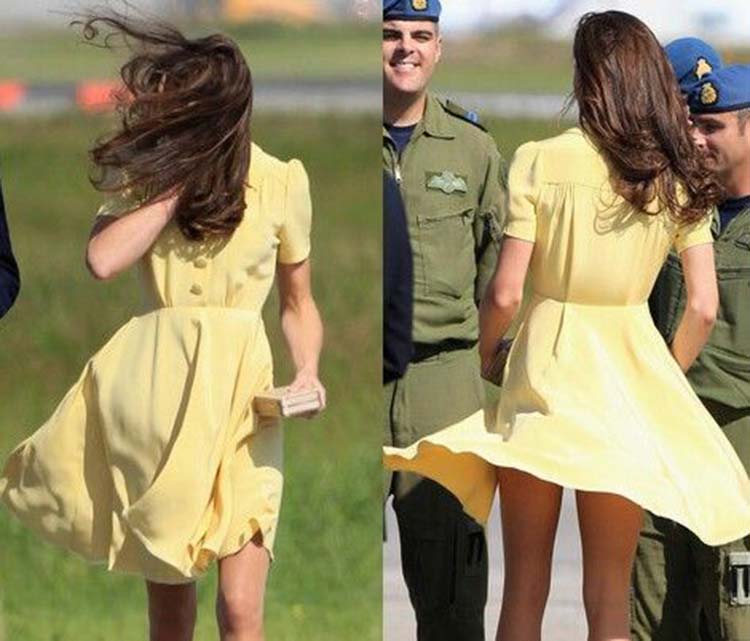 There are definitely some times in life when the wind steps in to ruin a perfect moment and this was very much the case for Amal Clooney as she stood on the Cannes Film Festival red carpet in 2016 with dashing husband George and his fellow cast mates from movie, Money Monster. 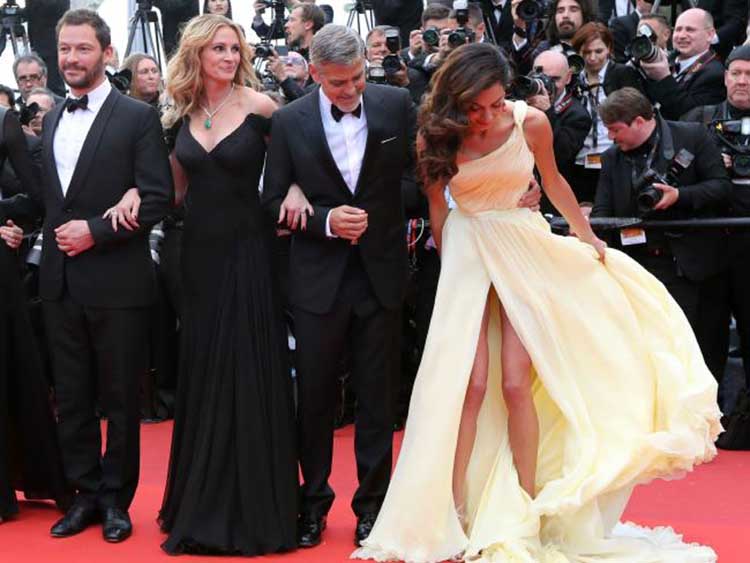 At the right angle, the wind actually helped this Ellie Saab dress to look like a masterpiece but sadly there were also a lot of unflattering shots that had to go with Jessica Chastain’s look for the premiere of her movie Foxcatcher – once again at the infamous windy location of Cannes. 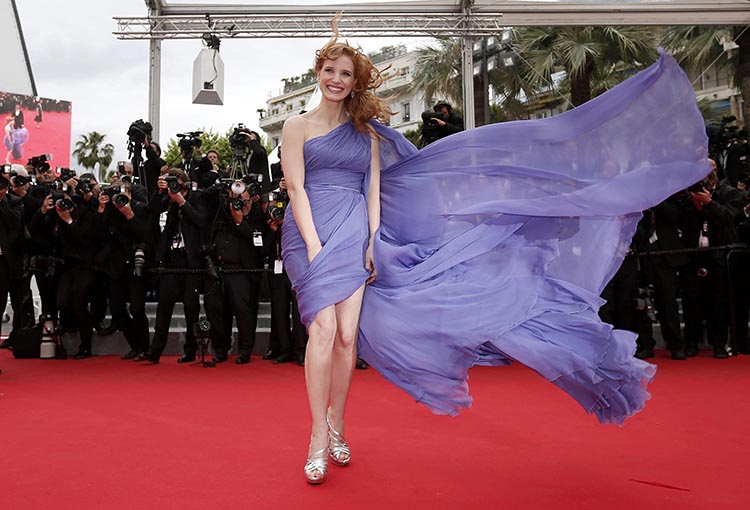 Ok this is the last Cannes photo, I promise. But poor Emma Stone, she really did catch the wind on a bad day for the photo call of her 2015 movie, Irrational Man. 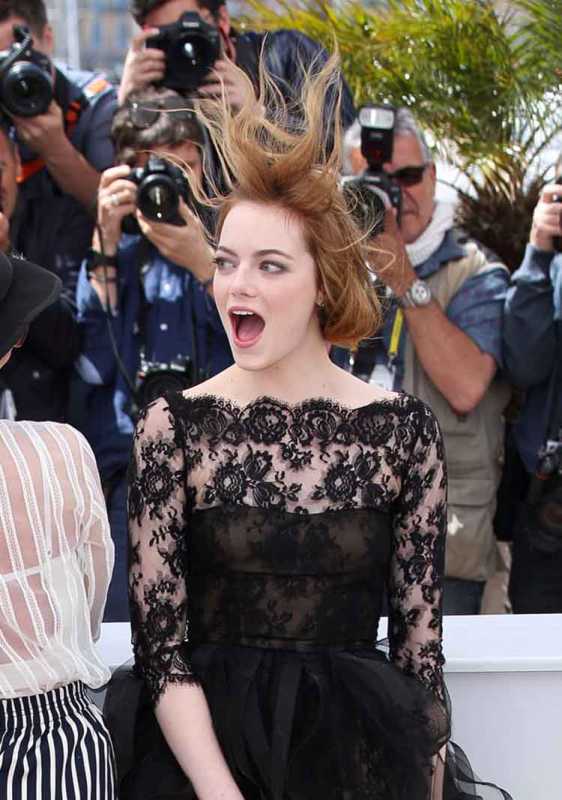 With all of that luscious flowing blonde hair, it’s surprising Blake Lively isn’t caught out by the wind more often but one of the only occasions caught on camera was when she was signing autographs for fans in New York a few years ago. 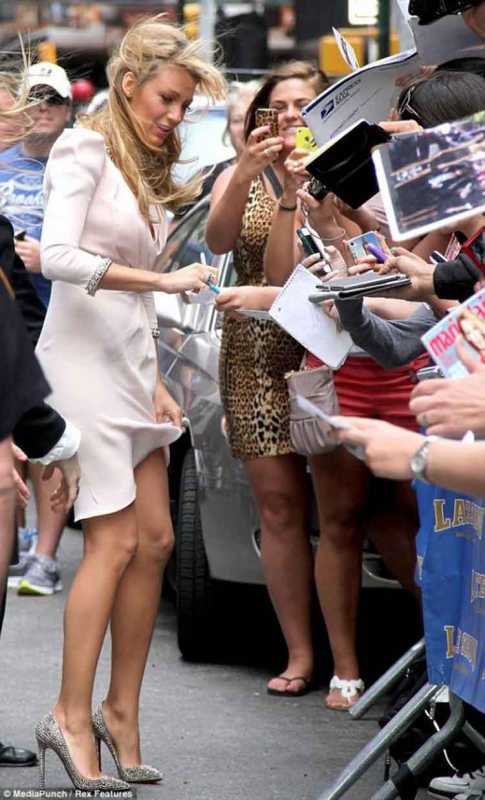 Of all of the shapes the wind could blow your hair into, we’ve got to say that two devil horns certainly isn’t the best. At least Kate Hudson was able to laugh about it afterwards.

Anyone who lives in the London will agree that this picture of Cara Delevingne perfectly sums up a blustery day in the city. It actually looks like she’s about to be blown over! 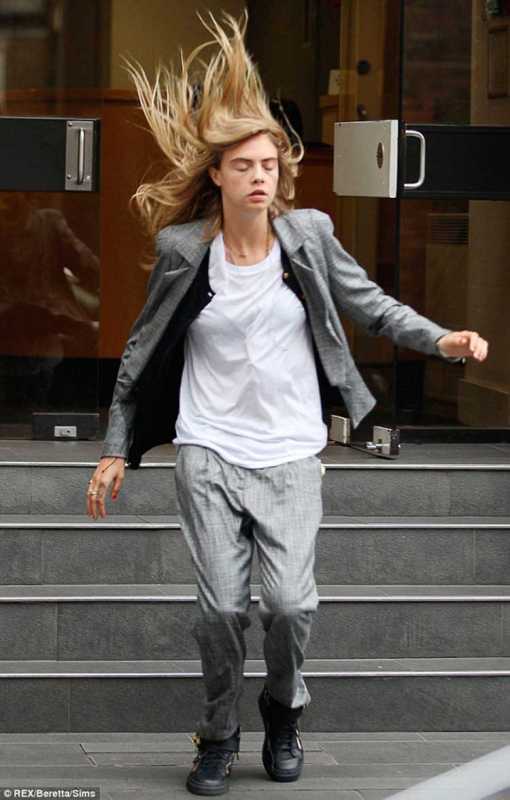 Taylor Swift’s Marilyn Monroe moment from the 2011 Teen Choice Awards looks so identical to the original starlet photo you would almost think it was staged… But apparently it wasn’t, even though she happened to be wearing a remarkably similar white dress. 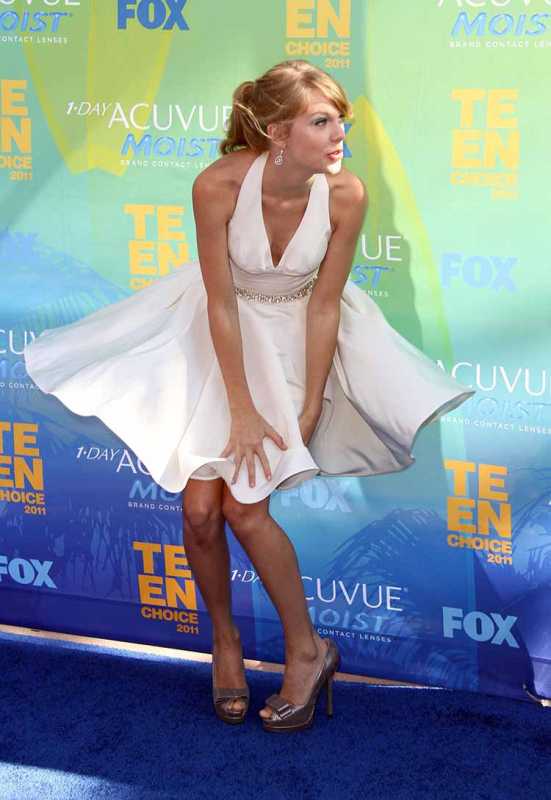 You’ve just got to love those New York steam grates, always there when you need them the least to blow wind up your skirt. Maybe Jessica Alba wasn’t briefed on this as she is more of a California girl. 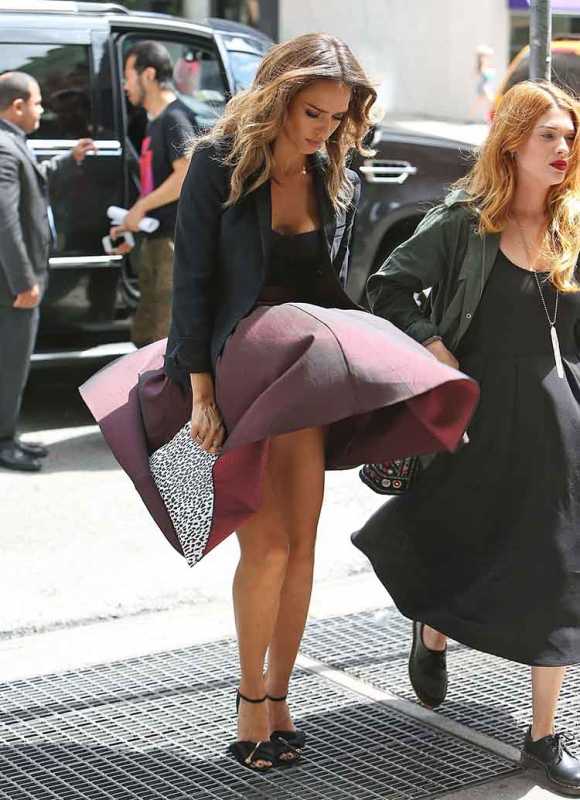 Last but not least we have Beyoncé; the only pop star who makes the wind work to her advantage both on stage and out and about in her hometown of New York. She even managed to pull off getting her hair caught in a wind machine once, whilst still looking amazing. Now that is what we call impressive. 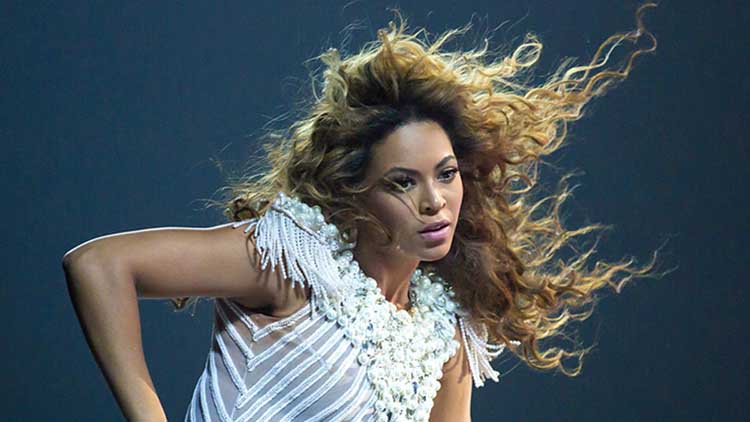